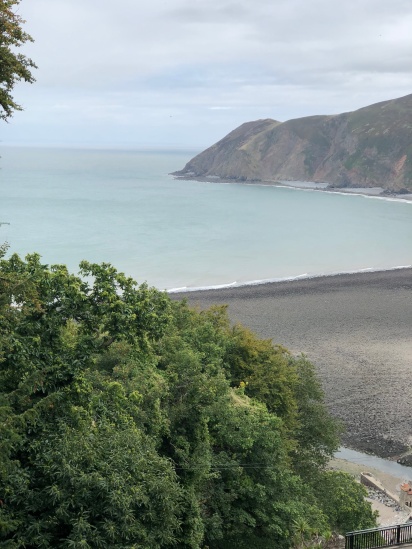 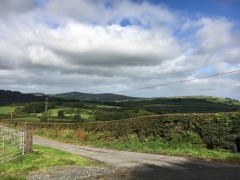 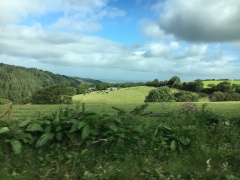 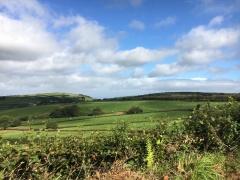 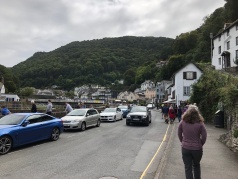 Norway is known for its pristine fjords, beautiful landscapes, abundance of fish, Viking past, Winter Olympic athletes and energy production.  More specifically for its production of oil from offshore resources which it has been harvesting for decades.  The oil rig is at least as common as the fjord in Norwegian landscape, even if it is not as photogenic. 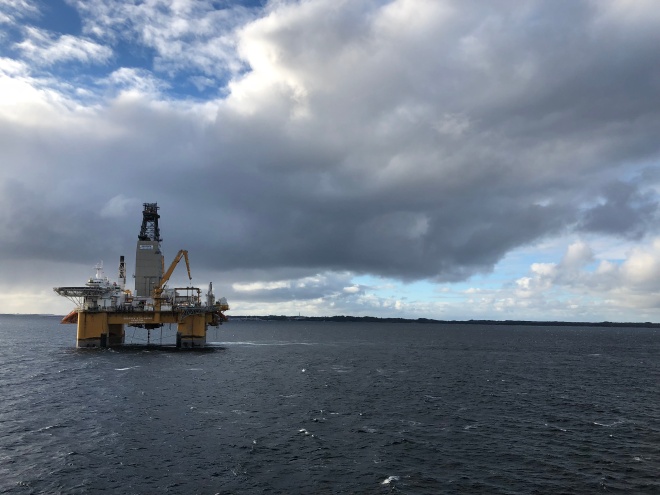 For years, Norway has been boosting its economy, paying for a complex infrastructure and covering a generous social benefits program with the money it receives from its off-shore oil production.  Unlike many other countries suffering from “Dutch Disease” (a term named after the Dutch-based Shell Corporation to describe the boom and bust cycles of energy production that drives rapid inflation in the productive years, and economic collapse and debt when oil prices or production falls); the Norwegians have carefully invested this oil revenue in their people, their infrastructure such as roads, bridges and ferries, and in a massive rainy day fund to ride out the inevitable ups and downs of the energy market.  To the extent that one might use the word “sustainable” to describe fossil fuel production, Norway is one of the most sustainable producers in the world, and this has become a cornerstone of their economy. 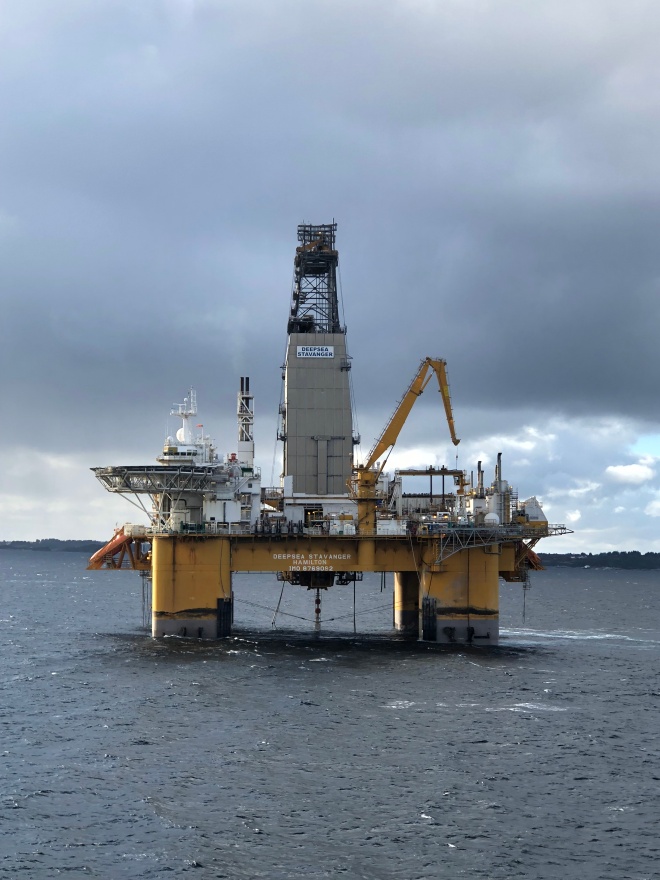 They have worked hard to reinvest in technology to make their production as efficient as possible, and often less visible through undersea platforms.  This rig will soon become a thing of the past, out of sight and out of mind.

Unfortunately there is one problem with this model, it relies on fossil fuel use which is one of the principal contributors to global warming, glacier melting, the loss of sea ice  and sea level rise.  Unlike some other oil and gas producers, Norway does not deny this, and as an Arctic country covered in coastline and glaciers, they are more than a little concerned about the problem.  Hence the paradox they face with power production.  After decades of off-shore oil production, they are economically addicted to the very thing that will wipe out their quality of life and their national identity.   To combat such a threat, they have started to wean themselves off fossil fuel use entirely.  They now rely almost exclusively on wind and hydro-electric power to meet their domestic needs. 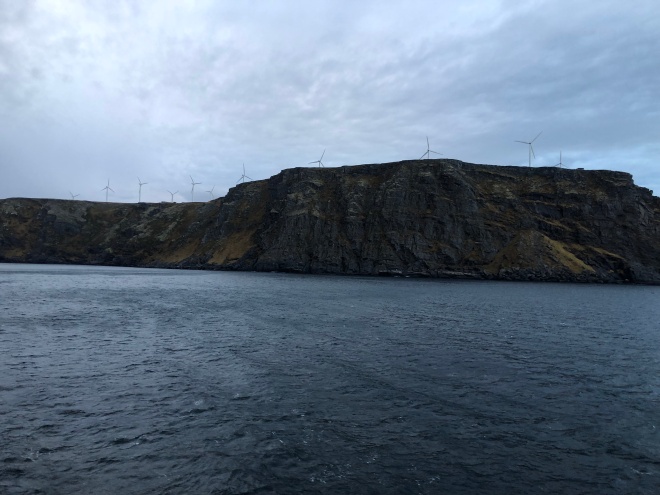 Windmills are popping up everywhere across the landscape, especially in the northern half of the country.  The Sami (Norway’s indigenous people) used to make their living by managing reindeer herds, now their number one employment opportunity and source of income is wind power.  Hydro-electric dams allow the Norwegians to store energy in the form of gravity (water behind the dams turbines) so they can manage the problem of wind energy and peak demand times (often when the wind isn’t blowing).

They have also become creative in the production of fossil fuels.  High above the Arctic circle outside the northernmost town in the world (Hammerfest) lies the island of Melkoa.  In 2007, this island became the site of a liquid natural gas (LNG) facility for the export of natural gas produced in the Barents Sea to the north. 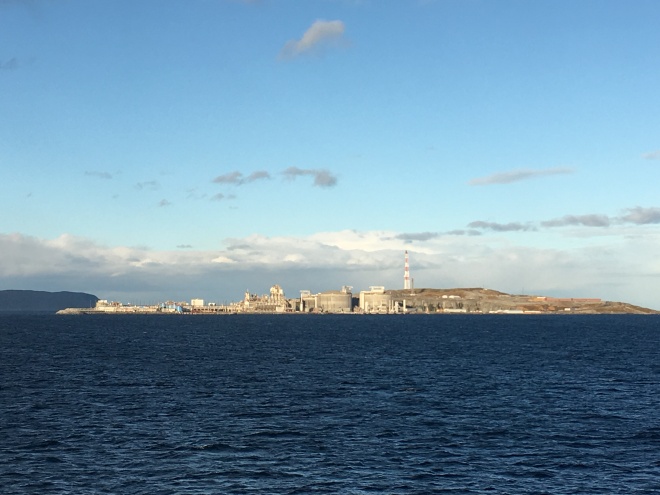 The natural gas is produced by underwater platforms 143km away under the Barents Sea in one of the most pristine marine environments left on the planet, then piped to this facility.  There it is cooled to -163C where it becomes liquid so that it can be transported to a European market. 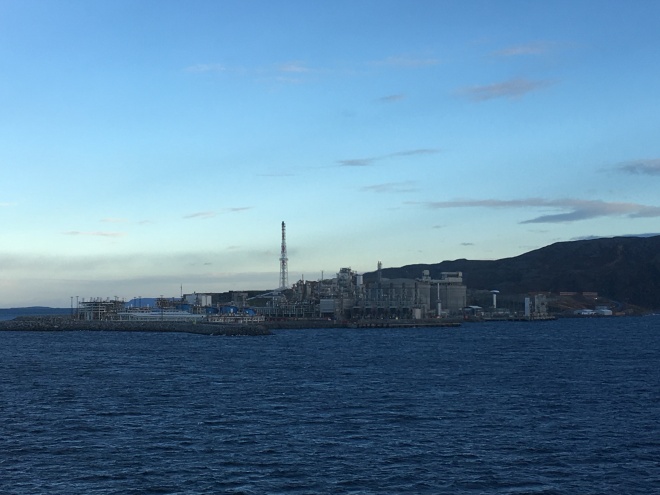 It takes a tremendous amount of energy to cool and maintain natural gas into liquid form.  The good news is the energy comes from the gas itself, the bad news is that in the production much of the gas is burned releasing carbon dioxide (a major greenhouse gas and contributor to a changing climate).  This excess CO2 is captured, returned via the pipeline back to the Barents Sea, then sequestered in the seabed so they can claim that no CO2 emissions are released in the production process.  But here is the rub, once the LNG is transported by tanker vessel and consumed, it is burned and releases the carbon into the atmosphere at that point.  These tankers have also become a far too common site in the fjords and coastlines of Norway. 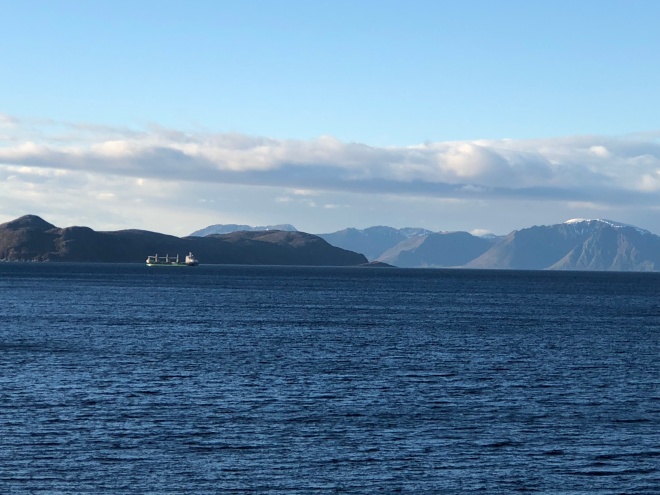 The Norwegians proudly claim that their energy system is almost entirely carbon neutral because of the use of wind and hydro power to meet their domestic consumption, but they are still exporting large amounts of fossil fuels (both LNG and oil) that will be consumed elsewhere releasing the dangerous gases at that point.  Thus the energy enigma or power paradox; to really address climate change as they want to, they will need to stop relying on the production and export of fossil fuels, but in so doing, they will collapse their economy.  Norway is one of the most sustainable and energy efficient places I have ever been to, but the moral cost of such efficiency is to turn a blind eye to how others use the products you sell and the consequences of them.  This dilemma for Norway is a microcosm of the problem modern civilization is having in the 21st century with fossil fuel consumption and climate change.  We know what needs to be done, but it is difficult to swallow the costs in the short-term for something we know we need to be doing in the long-term. In this energy enigma the Norwegians are not hypocritical as much as genuinely human in the modern age.  Perhaps they will find a way forward for the rest of us.  One can always hope.

2 thoughts on “The Energy Enigma: Norwegian Natural Resources in the Age of Climate Change”