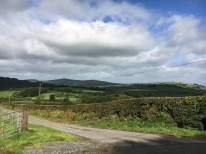 It is the 5th of November, and in Britain that means it is Guy Fawkes Day.  Few in the U.S. have ever heard of Guy Fawkes except perhaps in an obscure reference in the 2005 movie “V is for Vendetta,” or as his image has come to represent the anti-corporate hackers of Anonymous, the Occupy Movement and other efforts to thwart the consolidation of power by global elites.  But in the U.K., everyone knows the story of Guy Fawkes because it was actually a law for 250 years that people “remember, remember the 5th of November, gunpowder, treason and plot. We see no reason, why gunpowder treason, should ever be forgot!”  Although it is no longer a legally mandated memory, even to this day it is a popular holiday to gather around bonfires and burn effigies of Guy Fawkes, perhaps accompanied by cider and fireworks.  I have been hearing fireworks go off non-stop for days in anticipation of the event.  So, Happy Guy Fawkes Day!

Who was this guy (puns are always intended here), and why are they celebrating by burning his image for over 400 years?  Guy Fawkes was one of the conspirators in the “Gunpowder Plot” of 1605 to blow up King James I and most of the House of Lords.  The plot was discovered just in time and thwarted before any explosions could go off.  Fawkes was part of a group of Roman Catholics who felt oppressed by the protestant King of England back at a time when these tensions were very real for most on this island and in Ireland (they have their own bomb celebrations).  He has officially come to symbolize all attempts to violently change governments, and as such must never be forgotten as a real threat to peaceful transitions of power.  That’s why the government insisted on celebrating Guy Fawkes Day; but those who are grieved by the government have not gone away either.  They are adopting Guy Fawkes as a iconic image of someone protesting illegitimate power or abuse of power by government.  In the days leading up to this, we saw plenty of evidence that people are still protesting the government here.  Some do so with sidewalk art in Trafalgar Square, such as this man’s call to choose between economic gain and ecological survival.

Others carry banners to the steps of Parliament itself such as these protesters decrying a government who has done too little to address the issues of Climate Change and our dependence on fossil fuel consumption.

On Halloween Day, these protesters blocked the streets in front of Parliament and handed out leaflets calling for a new rebellion against the government they claim should answer for its “crimes against humanity.”  The buildings in the background are the Houses of Parliament, some covered in scaffolding to improve their outside appearance, while, according to some of the protesters, the rot continues on the inside of those buildings. 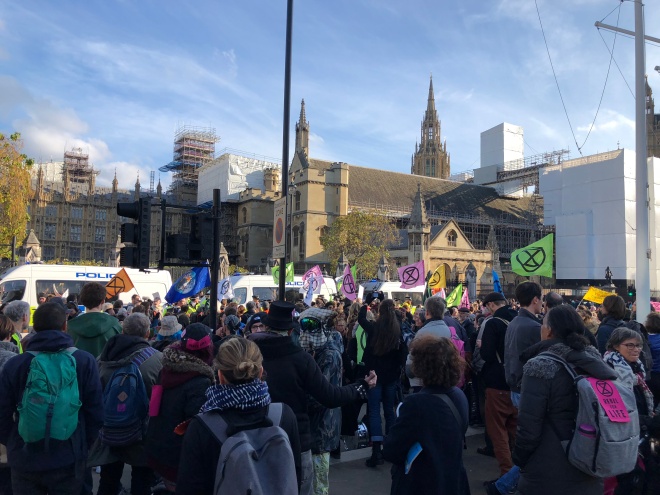 Just down the street in front of WhiteHall, which houses the executive branch of government responsible for carrying out Parliament’s laws, the police are on heightened alert.  They seem to remember all too well the 5th of November and the plot to destroy the government by disgruntled citizens.  The contrast between the “modern” police in body armor with automatic weapons and the mounted soldier in ceremonial garb and saber (fitting of an earlier time of Guy Fawkes, perhaps), seemed fitting on such a day of protest and remembrance. 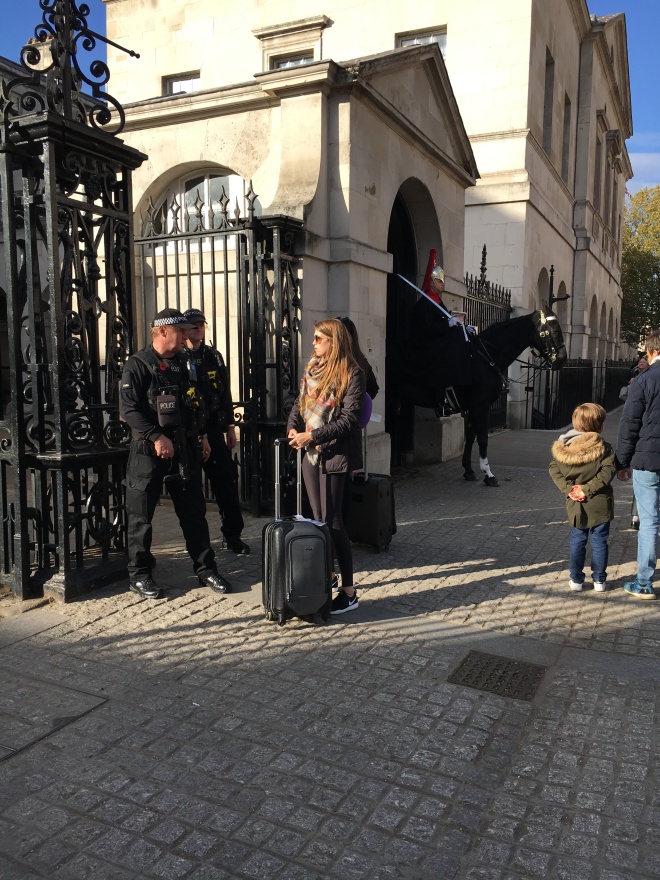 But London has been the seat of government for a very long time, and protests are hardly new here.  I looked up from the protesters around me to see Winston Churchill’s statue looking down at us in what appears to be disinterested disdain for such antics.  He ran the place when the explosions were not coming from under the Parliament building, but raining down from the skies.

I am reminded in his steely look of determination that we are standing in a city that has withstood Guy Fawkes, Nazis and hundreds of other attempts to end this political experiment in self-rule.   So this November 5th, remember, remember that governments offer cause of grievance which should be addressed; but they also offer hope that can and does overcome adversity and threats or violence.  That is a reason to celebrate indeed. It is the paradox of humanity played out in the streets of London and the memories of its people.  Cheers.